Spotlight On Karuizawa Distillery - One Short History, One Big Reputation

Spotlight On Karuizawa Distillery - One Short History, One Big Reputation

When you look at the timeline of the Karuizawa distillery, you quickly realise just how it’s reputation and desirability outweighs its production levels.  It was Japan’s smallest whisky distillery but nowadays certainly enjoys the biggest reputation of any other Japanese distillery.

1955 – The distillery was set up by the Mercian Wine Company on the site of an old vineyard, at the base of the active volcano, Mount Asama.  At 850 metres, it was the highest distillery in Japan with the location chosen to best replicate the climatic conditions of the Highlands of Scotland as part of their wider plans to use the whisky producing area as their template. 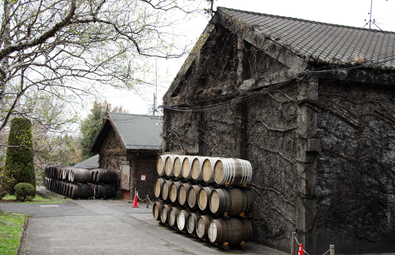 1956 – The first spirit flowed from the stills with a capacity to produce just 150,000 litres a year, making the output tiny in comparison to other distilleries.  To put that in context, the new Macallan distillery has a capacity of 15 million litres, over twice the total amount of spirit that Karuizawa produced in its lifetime! They imported sherry casks from Spain, and Golden Promise barley from Scotland, which was historically the most common barley used there.  Macallan extolled the virtues of using Golden Promise as it gave an extra rich texture to the final spirit. At this time all the whisky produced was to be the single malt element of the company’s ‘Ocean’ branded blends. 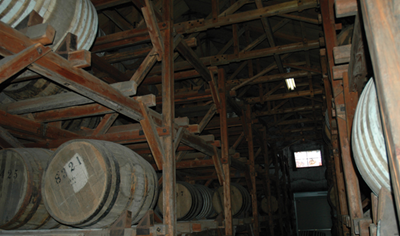 1976 – A change of tact with the first release as a single malt.  And with it, a change of name from the Karuizawa ‘factory’ to the Ocean Karuizawa ‘distillery.’  This was a hugely important step and signified the emphasis on producing single malts under the Karuizawa name, thus starting to propel it into the consciousness of the local market.  The number of releases was small, and mostly in single cask form but the stage had been set.

However, with a downturn in the country’s economy, and lower tariffs introduced on imported Scotch during the 1980s, Japan’s distilleries began to close.  Whilst Karuizawa survived longer than many, it too succumbed in 2000, when the decision was taken to stop production. What remained were the remnants of the distillery’s maturing stocks, a deal for which was struck by Number One Drinks Co to distribute in 2006, before they acquired what liquid was left in 2009.  Their hard work at showcasing the incredibly rich and complex single cask whiskies helped slowly build the distillery’s reputation but it wasn’t until the market caught on to just how good the whiskies were, and just how finite the stocks, that demand (and prices) quickly started rising, and deservedly so. Despite the growing success the distillery was closed to the public in October 2015 before being razed to the ground soon after.

So where are we now?  Well, 2020 is tipped to be the year that the last casks are bottled, after which the end really will have come.  It’s left an indelible mark on the industry, and we are extremely proud to have been part of the wider effort to tell the story of this short-lived distillery and if there is one whisky on the planet that you should experience, it’s hard to look past Karuizawa.