A Guide to the History of Champagne 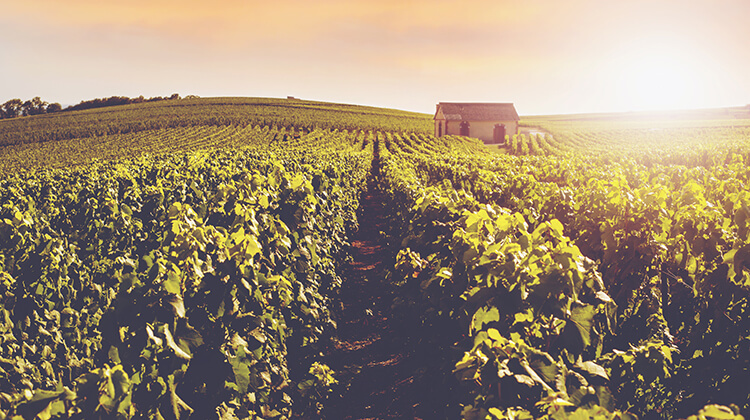 Bordeaux Index is the biggest stockist with the broadest range of Prestige Cuvee Champagnes globally. Featuring heavily on our Livetrade platform, we will sell – and buy – all of the best names in Champagne instantly. Simply no other merchant has better access to new releases or mature parcels. No other wine has such a clear identity as Champagne – it is unquestionably the wine of celebration. The reason for Champagne’s effervescence is more accidental than anything, its association with festivities and the bon vivant lifestyle however was very deliberate. Until the late 17th Century Champagne had been a still, zesty white wine. Around this time various vintners from Limoux to London (the most famous of whom was Dom Pierre Perignon in Champagne), accidentally discovered that if bottled soon after fermentation then a pleasant effervescence would manifest in the bottle. Soon after it became widespread for this to be encouraged with the addition of a little extra sugar and yeast, in newly designed thicker glass bottles which could contain the significant pressure within.

These sparkling wines soon attracted the attention of the French Royal Court, as historically the French regents’ coronation had always been in Reims Cathedral in the Champagne region, 150KM east of Paris. This regal reputation was reinforced - and imprinted upon the rich and powerful of Europe - at the lavish parties of Louis XV in Versailles, where vast amounts of Champagne flowed liberally. Finally a century later in the high-living belle epoque era of late 1800s Paris, its role as a celebratory drink was cemented as Champagne houses heavily marketed their product as perfect for festivities of any nature. Remarkably this has endured through to the present day and is no doubt critical to helping drive the consumption of an astonishing 300 million bottles per year globally.

Whilst Champagne can be from a single grape variety e.g. Blanc de Noirs (100% Pinot Noir / Meunier) or Blanc de Blancs (100% Chardonnay), it is a region dominated by complimentary blends of these three grapes. Pinot Noir provides body and structure, Pinot Meunier is soft and fruity and finally Chardonnay gives lively acidity and floral notes.

Geographically Champagne is split into four main vineyard areas: The Montagne de Reims, just south of the city and known for its top quality Pinot Noir. The Cote des Blancs, just south of Champagne’s other commercial centre Epernay; as the name suggests it is planted almost exclusively to Chardonnay. The Vallee de la Marne, which produces large amounts of the soft fruity Pinot Meunier grape on the banks of the Marne River. The Cote des Bar, 120KM south of Reims and often overlooked, this warmer area produces about 20% of Champagne’s production, typically robustly structured, ripe Pinot Noir. These regions contain 319 villages, 17 of which are classified as ‘Grand Cru’ and 42 of which ‘Premier Cru’ quality. The common factor across all these villages is their exceptional terroir: chalk and limestone soils, which are well draining, add a ‘mineral’ note to the wines and also provide hydration during drought periods.

Champagne is one of the only winemaking regions in the world where wine producers rather than vineyards are marketed to consumers. Since the Revolution strict inheritance laws meant that vineyards in the region were fractionally split generation by generation, the result today being a vast number of small-holder growers often with just a hectare of vines to their name, but who together own over 90% of the region’s vines. For centuries these growers have sold their crop to the big Champagne Maisons, based in Reims and Epernay. These household names like Bollinger (read more from their Chef de Cave here), Dom Perignon, Cristal or Krug own their own vines as well as working in unison with their small-holder partners. In recent decades though many growers have begun making and selling their own wines. These “Grower Champagnes” have captivated the imagination of a market keen to discover niche producers making wines, from single vineyards in small volumes. Growers unheard of 30 years ago, like Selosse, Rodez or Chartogne-Taillet are now essential in any great Champagne collection.