A Guide to the Chile Wine Region 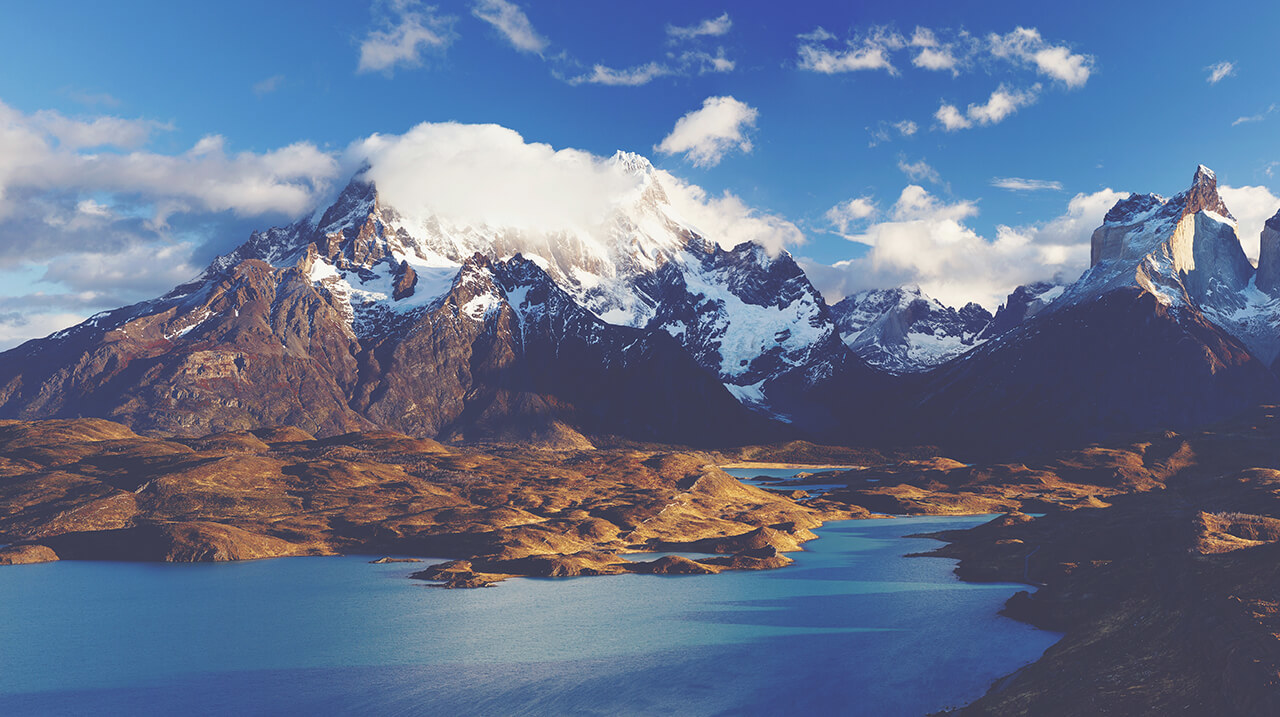 Chilean wine is as unique as the country’s geography. A long, thin country spanning nearly 3000 miles from North to South but just over 60 miles across, it is enclosed by the Pacific Ocean in the West and Andes mountains to the East. This means that the climate varies considerably, from almost Mediterranean in the central valley of Chile nestled at the foot of the Andes to very cool on the coast; with desert to the north and frozen desert to the south! The combination of plentiful sunshine, moist coastal fog and cool valley breezes makes for ideal wine making conditions, with a variety of grapes able not only to thrive, but also express their unique places of origin with great clarity and character.

Similarly to Argentina, vinifera vines were most likely first introduced to the country by their original Spanish rulers in the mid 1500s so the Christian settlers there made wine primarily for worship. However the commercial side of vine growing was hugely successful, so benevolent was the climate for wine grapes, and it very quickly became one of the most valuable exports for the country. A burgeoning aristocracy in Chile began to see wine as one of the key trappings of success; understanding and ownership of the best wines of Europe led to the desire to make one’s own wine and vineyards became an essential asset. Many of these ancient Chilean families retain interest in winegrowing to this day.

Chile’s geography means it is uniquely protected against phylloxera, so whilst much of the rest of the wine world was suffering in the late 1800s Chile ploughed on and hardly stumbled until the economic global upheaval of the 1970s. In more recent years the industry has bounced back with more of a focus on quality over simple basic quantity; furthermore an increased focus on finding exactly the right varietal for each of the valleys and regions up and down the 1000-or-so kilometres of suitable vineyard land has led to a broader range of wines than ever before. From Riesling at the extremes of north and south (such as in Elqui and Bio Bio), to Chardonnay and Pinot Noir in Limari and Itata, with a focus on Cabernets Sauvignon and Franc and Carignan in the central regions of Maipo, Rapel and Maule.

Cabernet Sauvignon grown in the finest parts of Chile rival the best of those grown in the Napa Valley or Bordeaux, with the Aconcagua, Colchagua and Maipo Valleys producing some of the country’s finest red wines. The lack of rainfall in these areas is counteracted by clever use of Andean meltwater, channelled through the vineyards for irrigation to help the vines stay refreshed enough to maintain freshness in the wines.

Whilst the loamy, alluvial soils in the flatter centre of the country are excellent for these classic red grape varieties, the breadth of soil types created by the country’s ancient tectonic turmoil – not to mention the huge variation of altitudes and aspects, with glacial valleys and rocky mountains creating multiple microclimates – enable great variety. Carmenère, Malbec and Merlot are found in the vineyards of the warmer east, whereas the cooler west, closer to the ocean, favours Chardonnay and Sauvignon Blanc.

However increasingly extreme climates are being sought to promote the creation of super-elegant, fresh and vibrant wines predominantly from Pinor Noir, Syrah and Chardonnay. As far down as Traiguen on the 38th parallel sout, serious winegrowers are working with these classical cool climate European varieties. Taking advantage of the volcanic soils and abundant rainfall to produce wines of great character and quality.

Chilean wine has made great strides over the past decade or so not just in quality but in terms of global presence. Leading producers such as Erazzuriz, who produce the great Sena, Don Maximiano, Vinedo Chadwick and Las Pizzaras wines, and Casa Lapostolle, the brains behind the lauded Clos Apalta, are finding that through sheer hard work and global travel they have been able to capture the hearts and minds of wine collectors all over the world.

10 years ago one would not have expected to find many Chilean wines in the cellars of classical collectors but nowadays the likes of Sena and Clos Apalta are stalwarts in many collections.